Shillong, Apr 10: The four teams who have slogged it out and qualified for the Indian Women’s League semifinal round have been training hard today, one day prior to the semis.

At the JN Stadium tomorrow KRYPHSA of Manipur, who finished first in the league stage, will take on Rising Students Club of Odisha at 11AM, while reigning champions Eastern Sporting Union (ESU), also of Manipur, will go up against Sethu FC of Tamil Nadu at 3PM. Entry is free for both matches.

“We have prepared very well,” ESU coach Oinam Bembem Devi said today. “We are the defending champions, so we really want to get into the final. The players have given 100% in practice and will do the same in the game tomorrow.” 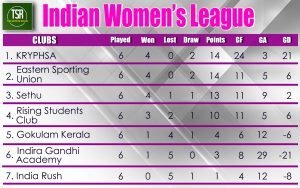 KRYPHSA coach Chaoba, meanwhile, reflected on her side’s exit last year in the qualifiers after several of her players were called up for the Indian team. This time around, however, there have been no such issues.

“All the players are very sincere and honest and are giving 100% in their performance. We have planned and done everything we can do for tomorrow. I have full confidence in my captain, strikers, defenders and goalkeeper. We will definitely get through the semifinal and win the IWL,” Chaoba said. 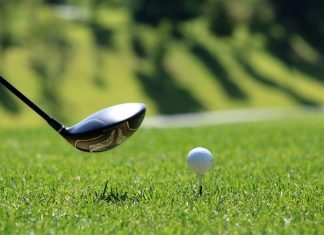 The Sports Room - November 17, 2021
0
Shillong, Nov 17: Overnight leader Sukhman Singh increased his first round lead to two strokes in Category A following his second round score of... 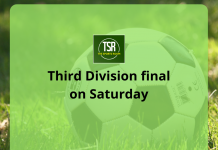 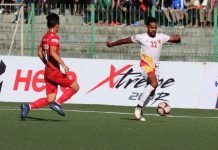 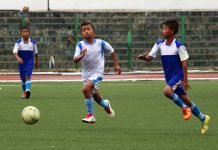 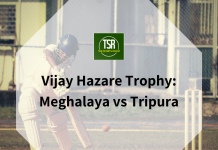