Shillong, Nov 1: The final of the Shillong Premier League 2018, to be held between defending champions Langsning and Shillong Lajong, will take place tomorrow at the SSA Stadium with kick-off at 3:15PM.

The top two teams of the season have already met three times in SPL 2018. The first meeting, on 18th August, saw Langsning defeat Lajong 3-1. The second leg fixture then saw SLFC win 5-2 (which was Langsning’s only defeat all season) on 13th October. Then, in the 1st Qualifier, Langsning produced a 3-0 win five days later to reach the final and haven’t been seen in action since. Lajong, who are three-time champions, then secured a place in the final by beating Rangdajied United 2-1 in the 2nd Qualifier on 24th October.

The champions will receive Rs 2 lakh, with Rs 1 lakh going to the runners-up. There will also be Best Goalkeeper and Top Scorer awards given out after the final, the Shillong Sports Association announced today. There are currently three players tied as top scorer – Phrangki Buam of Lajong, Gamelial Kharlyngdoh of Sawmer and Joseph Seun of Malki. They all have six goals each.

The biggest question mark is what shape Lajong’s squad will take tomorrow. Having just played an I-League match today and with an away game at Indian Arrows on 5th November, it’s more than likely that it will be a second string side.

However, if Langsning were to take them lightly because of that the young Lajong players could deliver a shock just like they did when they stunned a stronger (at least on paper) Rangdajied in the 2nd Qualifier.

Key to their mental state will be the words of coach Hering Shangpliang, who has guided Langsning through a near-impeccable campaign with championship glory within reach.

Langsning are almost undoubtedly the strongest side in this season’s SPL. They haven’t played a competitive match in two weeks, but they will definitely be the favourites tomorrow as they seek victory and a successful defence of their title. 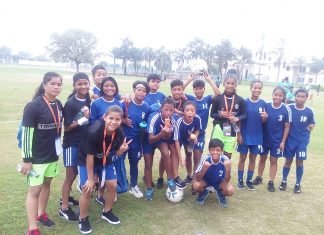 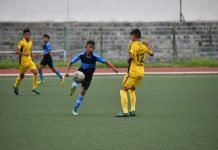 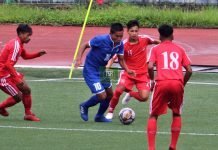 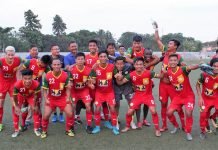 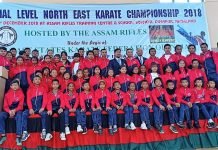