Shillong, Dec 28: Shillong Lajong will play their final match of 2018 away at I-League leaders Chennai City tomorrow. Kick-off in Coimbatore is at 5PM.

Chennai City experienced a sublime unbeaten run this season that lasted eight full games before they were defeated on their home turf by newly-promoted Real Kashmir 1-0 on 22nd December.

It’s been the opposite case for Lajong, who won their opening game and then have been able to only secure one point in their next eight matches.

Both I-League meetings between the two sides last season ended in goalless draws, but this is a very different and more confident Chennai that SLFC will face tomorrow.

Chennai appear to have structured their team around five Spanish players, chief among them Robert Eslava, Sandro Rodriguez, Nestor Gordillo and Pedro Manzi. Tamil Nadu native Edwin Vanspaul has also impressed in his role as a midfielder.

Meanwhile, Lajong have still yet to find a way to stop the rot. Alison Kharsyntiew has shuffled his starting line-up around aplenty and in their last game, although they still lost 2-0, it wasn’t a completely hopeless performance especially given the fact that they were up against Mohun Bagan in Kolkata.

However, Lajong have still been unable to tighten up in defence and they’ve yet to keep a clean sheet this season.

Oddly enough, even though they were conceding goals early on in the season SLFC were still able to score plenty. However, that seems to have changed of late – they scored a fluke goal against Real Kashmir in that 6-1 hammering on 11th December and were unable to find the back of the net or have more than a couple of shots on target against Bagan.

Lajong will need to turn that around tomorrow and they may have a shot; Chennai have conceded goals in eight of their nine games this season, but the challenge will remain for Lajong to somehow score and get their defensive act together if they want to go into the New Year in a positive frame of mind. 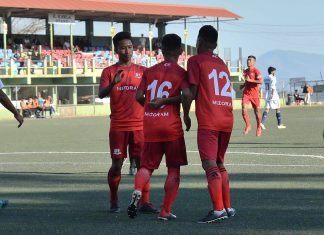 The Sports Room - February 14, 2019
0
Shillong, Feb 14: Meghalaya will take on hosts Mizoram in the crunch Group A match of the Santosh Trophy North East zone qualifiers in... 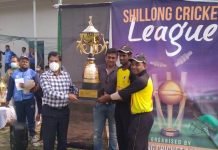 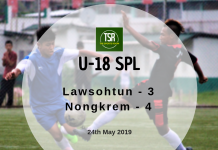 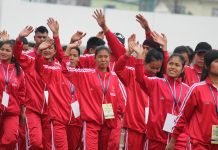