Shillong, Jul 6: A first half George L Nongrang header took Rangdajied United to within touching distance of a place in the U-18 Shillong Premier League final after they beat 2018 champions Langsning 1-0 at Third Ground, Polo, today.

Needing a win to keep them in the hunt for a top two place, while Langsning only needed a draw, Rangdajied were the better team, with their passing, dribbling and thought process all superior to a Langsning side that seemed out of sorts.

Nongrang headed the ball home off a cross that followed a short corner kick in the 32nd minute. This was only the fifth goal that Langsning conceded in their 11 matches, but all five have come in the first half.

Rangdajied goalkeeper Rewardstarfield Shadap also deserves some of the credit for keeping his team in the game. In the second half RUFC were penalised for a handball in the box. Tremiki Lamurong had to take the spot kick twice; the first he scored off, but as he and his team mates rushed off to celebrate the referee called them back for a retake. The second time Shadap couldn’t be beaten, from the penalty or from the resulting rebound.

Shadap also made some quick reaction saves towards the end of the game and Rangdajied held on for a narrow, but all-important, win.

Rangdajied are now in third place with 22 points, one behind Langsning. Crucially, Langsning have been played out, while Rangdajied still have a game to go against Nongkrem, who have won three matches, all of which came against the teams lower down in the standings. 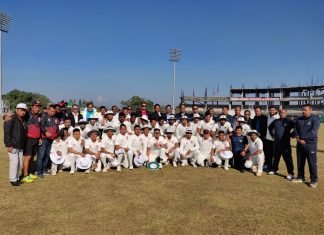 The Sports Room - December 9, 2019
0
Shillong, Dec 9: Meghalaya's first-class campaign in the Ranji Trophy got underway today as they began their match against Nagaland in Dimapur. Put in to... 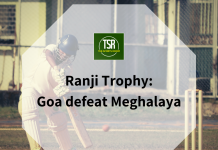 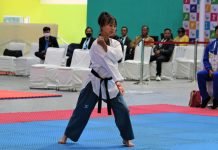 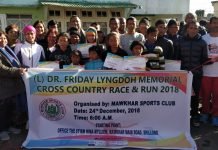 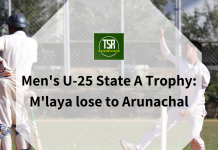