Shillong, Dec 20: Top clubs Shillong Lajong and Rangdajied United will battle it out to be champions of the prestigious Meghalaya State League 2019 in the final, which will be held at the Teilang Phawa Stadium in Khliehriat on Saturday. Kick-off will be at 12:45PM and it will be broadcast on Prag News – channel 1966 (Tata Sky), 638 (Airtel), 850 (Videocon), 1525 (DishTV) and on cable networks.

The two teams have both reached the title match unbeaten and will look to make it a perfect sweep in what should be their toughest game of the competition.

Lajong came through Group A after winning four games and drawing one before handsomely winning their two-leg semifinal 10-1 and 11-1 against Druma Sandruma from Group D.

Rangdajied, meanwhile, claimed a full 12 points from their four matches in Group C. They were then held to a goalless draw by Sutnga in the first leg of their semi, but came through as convincing 6-1 victors in the second leg to qualify for the final.

The two Shillong Sports Association sides have reached the final in contrasting fashions, with Lajong pumping in goals almost at will, while Rangdajied have been less prolific while still managing to get the job done. Lajong have scored 47 goals while conceding four and RUFC have scored 21 while conceding two.

Unlike Rangdajied, SLFC have not taken on loan any players for the MSL, instead relying on the same squad that took them to a fourth Shillong Premier League title last month. Rangdajied, who finished runners-up to Lajong in the SPL, have taken on loan their full quota of four players. Their top scorer is Donlad Diengdoh (six goals), but as they showed in the second leg semifinal against Sutnga – where six different players scored – they have a range of players who could pose some trouble for Lajong’s defence.

The second edition of the MSL has been bigger, with more teams and matches played, and has enjoyed the support of a multitude of fans in Jowai, Resubelpara, Mawkyrwat and Khliehriat. The success of the tournament could not have come about without the hard work and support of the host district associations, participating clubs and the Government of Meghalaya.

While the football begins at 12:45PM, there will be plenty of activity beforehand from 11AM, with music and dance performances, including by Banker Kharkongor, who composed the MSL 2019 anthem. A formal felicitation of the Meghalaya boys’ team that won the Sub-Junior National Football Championship earlier this month will also be held prior to kick-off. 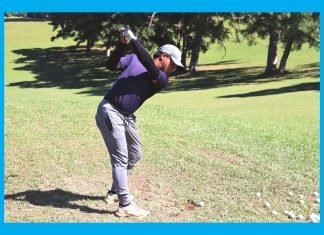 The Sports Room - November 1, 2022
0
Shillong, Nov 1: With the glorious autumn sunshine on his back, Jason Passah takes a swing with his club and sends the ball a... 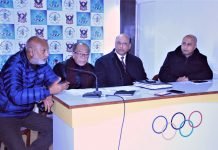 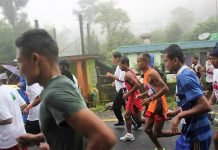 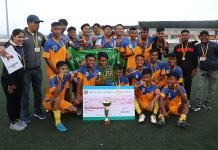 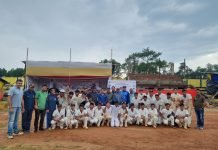