Shillong, Jan 22: With six days to go before the start of the prestigious Hero Junior National Football Championship (Tier 1) for the Dr BC Roy Trophy in Shillong, the Organising Committee constituted by the Meghalaya Football Association is hard at work to ensure its success.

At a press conference held at the Shillong Press Club here today, Organising Committee Secretary Sunesh Syiem briefed the Meghalaya press on the progress of the preparations.

“The organising committee comprises experienced football stakeholders and we are working towards executing the championship according to the guidelines and budget provided by the All India Football Federation,” Syiem said.

On how Meghalaya came to be selected as the host venue, MFA Advisor Arki Nongrum informed that the state association had to bid for the tournament and once the AIFF was satisfied that Meghalaya could successfully host it, it was awarded to the MFA for 2019-20.

The Meghalaya team have been training hard for the championship over the past weeks. Explaining about the boys’ selection, Syiem, who is also the chairman of the Youth Development Cell, said  a similar process to the one used to select the sub-junior team that recently won the Sub-Junior National Football Championship was employed – three phases of trials were held around the state involving district associations, clubs and academies before the final squad was assembled.

“I think the players will give a good fight and bring honour to the state, but there is no team in Tier 1 that will be easy to face,” he added.

The 27 matches will be played in Polo Ground. Sixteen teams have been divided into four groups, with four group matches per day beginning on 28th January. The top team from each group will qualify for the semifinals. The semifinals will be held on 3rd and 4th February, with the final slated for 6th February.
Meghalaya have been clubbed with Haryana, Odisha and the Sports Authority of India in Group C. Mizoram, who are the defending champions, are in Group A. The only other North East team – Manipur – are in Group B. Meghalaya will play Haryana on the opening day.
The Dr BC Roy Trophy follows a promotion-relegation system, with the top two teams from Tier 2 promoted to Tier 1, with the bottom two of Tier 1 dropping into the lower tier. 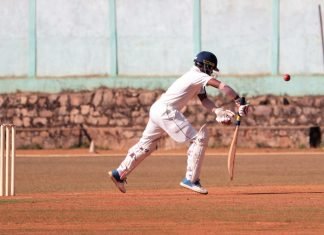 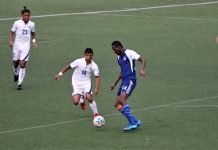 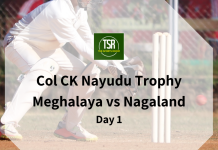 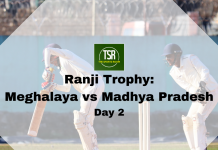 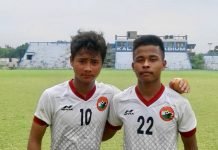