Shillong, Feb 14: Meghalaya will take on hosts Mizoram in the crunch Group A match of the Santosh Trophy North East zone qualifiers in Aizawl tomorrow.

Only the top team from each of the two groups will progress to the next round, so a good performance in this next match is crucial. Meghalaya started with a 3-0 victory in their opening game against Tripura on Monday and 2014 national champions Mizoram responded by beating Tripura by the same margin yesterday.

It’s definitely then going to be a right royal rumble when the two sides meet tomorrow as they vie for top spot in Group A.

So, let’s now take a look at Meghalaya’s opponents for tomorrow.

Look through the names of the Mizoram squad and many will be familiar if you follow the Second Division League, where Chhinga Veng are looking to become the second team from Mizoram (after Aizawl FC) to reach the I-League.

Nine of the 20-member squad play for Chhinga Veng and the state team’s coach – Lalsangzuala Hmar – also coaches that club. Hmar has led the state team in the last two editions of the Santosh Trophy and Mizoram finished as semifinalists in both.

Let’s start with the goalkeepers and Mizoram have picked Zothanmawia (Chhinga Veng) and RS Lallawmzuala (Dinthar FC). Zothanmawia previously played for Aizawl in the I-League and has been in goal in all three of Chhinga Veng’s Second Division matches thus far. He did not concede a single goal in those games.

Also part of the squad is Lalromawia, a Chhinga Veng midfielder who scored plenty of goals in last year’s Santosh Trophy, enough to catch the eye of Goal.com, and two of his club’s four goals in the Second Division.

Against Tripura Ramhlunchhunga picked up a brace and MC Malsawmzuala scored one goal.

Hmar, the gaffer, fielded an attacking 4-3-3 formation, occasionally 4-2-4, in last year’s tournament. With a vast experience of coaching, be sure to expect him to change things around if needed. And having led his state to two semifinal exits, he’s going to want to get past Meghalaya and into the business end of the competition. 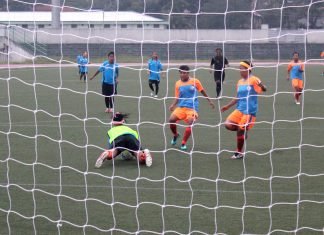 The Sports Room - June 15, 2017
0
Shillong, June 15: The Manipur girls’ team got their campaign off to an amazing start with a 7-0 victory over Arunachal Pradesh in Pool... 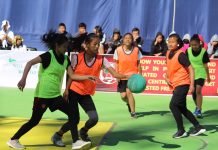 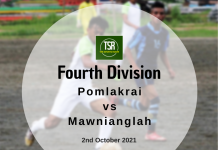 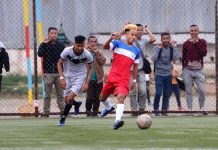 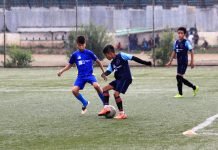