If 2020 could be described in just one word, it would be too rude to publish on this website. There was very little in the way of local sport since the coronavirus lockdown came around in March but there were a few stories here and there that caught your, the readers’, eye so here’s a look at the most-read ones on the TSR website from the year gone by.

10) The year started with a bang, with H Elias Higher Secondary School winning the final of the junior boys’ category in the Reliance Foundation Youth Sports 2019-20 National Football Finals in Navi Mumbai in early January. 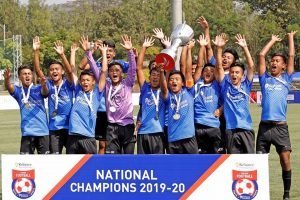 It was heartbreak for Shillong College, however, who finished runners-up in two other categories.

9) The Meghalaya U-17 girls’ football team got a terrific opportunity to host their counterparts from Bhutan in two friendlies held in Shillong in January. 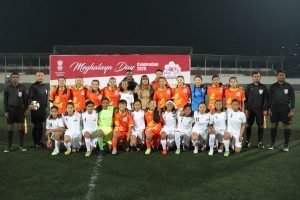 The Meghalaya girls did lose both games, but it was a wonderful experience all round.

8) Shillong played host to the Junior National Football Championship for the Dr BC Roy Trophy (Tier 1) in January-February. Mizoram won the final over Punjab. 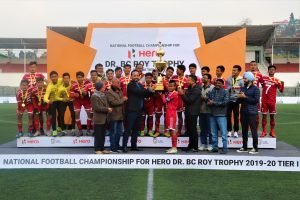 Meghalaya performed well but lost to the eventual champions in the semifinal round.

7) Coronavirus may have spoiled Meghalaya’s terrific long distance runners from bagging more medals this year, but it was still a notable time for Tlanding Wahlang, who was conferred with the Kiang Nangbah Award for sports by the state government. 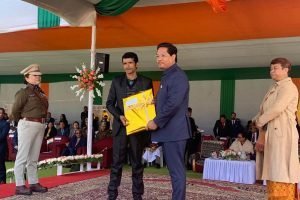 Wahlang also set his personal best time in the Kolkata Marathon in February and came first in the men’s 40-44 age group of the Mumbai Marathon the month before.

6) As contact sports, and therefore a risk as far as Covid-19 goes, it will take some time before we see martial arts back to pre-coronavirus levels. However, in February Pynshrainmiki Rabon and Hameshaniah Suiam took gold in their respective events of the Indian Open International Kickboxing Tournament in New Delhi. 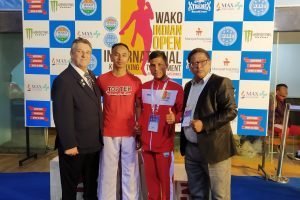 5) The Meghalaya Games were rebooted at the start of the year after a gap of over a decade. The competition was opened by the Chief Minister at the JN Stadium. 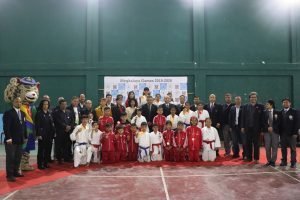 East Khasi Hills finished at the top of the medals table with 69 gold, 50 silver and 53 bronze. The closing ceremony was held at the Laban Indoor Stadium. Nearly 2,000 athletes and officials took part in the five-day event.

4) Ryntih were in the news for several weeks in the middle of the year as they looked to get a direct entry slot in the I-League. Unfortunately, they were passed over by the All India Football Federation. 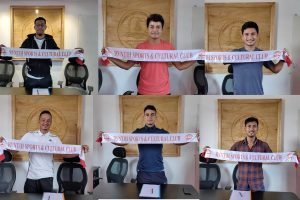 Before that they had restructured their admin and signed up several players. So active were they in signing up players that one particular joker created a fake social media post that went viral saying that Ryntih had secured Lionel Messi for the current season.

3) It can’t be positive news all the time and there were a couple of big disappointments this year for Meghalaya – not least the Khelo India Youth Games in Assam in January where our state finished at the bottom with no medals whatsoever. 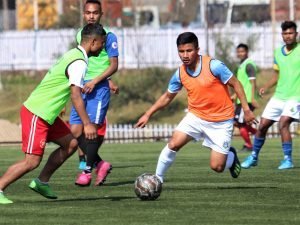 The same month, Meghalaya were knocked out in the group stage of the Dr T Ao Trophy for North East states in Nagaland.

2) Dippu Sangma became the first and, so far, only tribal cricketer from Meghalaya to hit a first-class century, as he struck 114 against Mizoram in January. 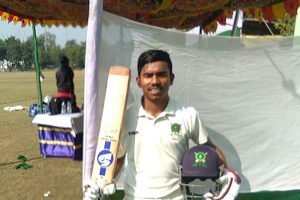 The very same day, Aaron Nongrum took six wickets in an U-19 Cooch Behar Trophy match for Meghalaya against Nagaland for a terrific victory. However, the most successful Meghalaya team was the women’s senior one day side and TSR did a feature on them after the season concluded. In December four Meghalaya cricketers and two guest players were picked for a tour of the United Arab Emirates.

1) While we didn’t have a local football season this year, Meghalaya pinned our footballing hopes on the half dozen players from the state who had been signed up by Indian Super League clubs for the 2020-21 season. 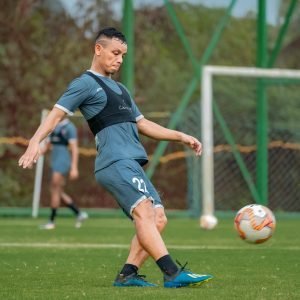 Since then, however, Shaiborlang Kharpan has been released by Kerala Blasters to play for I-League side Sudeva, while Eugeneson Lyngdoh has been let go by East Bengal. 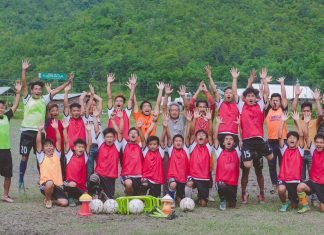 The Sports Room - August 11, 2020
0
Shillong, Aug 11: Early morning at 5AM a crowd gathers around the village ground in Longja in the Chandel district of Manipur – barely... 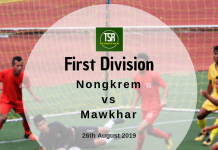