Shillong, Apr 3: West Khasi Hills will meet Tura in the final of the Meghalaya Cricket Association U-19 Girls Cricket Tournament after both sides came through their respective semifinal encounters in Nongstoin today.

In the morning, hosts WKH won the toss and chose to bat first but, thanks to some good bowling from Ri-Bhoi, were restricted to 116/9 in their 20 overs. Dubleen D Nengnong top-scored with 33 off 55 deliveries but Rupabaiakmenlang L Mawlong provided the impetus with a quick 27 off 21. While Nengnong provided a steady presence, it was Mawlong that spared WKH from a sub-100 total and for that she was declared player-of-the-match. Dolina Marten returned the best figures for Ri-Bhoi, taking 3/30, while Ankita Sharma claimed 2/8.

In reply, Emisakani Warjri (3/18) and Sistilin Ryntathiang (2/8) wreaked havoc with the ball for WKH, who were able to restrict Ri-Bhoi to 86/7 in 20 overs. Barisha Wahlang’s 29 and Bimla Thakuri’s 19 had given Ri-Bhoi plenty of hope in the chase but they were unable to take their team to victory.

The second contest saw SGH be dismissed for 101 in 18.3 overs after winning the toss and choosing to bat first. Mary Jylnn R Marak struck 28 and Janika R Marak 20 but Kierrida G Momin was devastating with the ball, claiming 4/11, while Grimchi Ch Sangma bagged 2/30.

Then, after scoring a century in Tura’s last match, Sanchisa M Sangma (pictured) produced a fifty today, scoring 66 off 60 balls to take her side to victory for the loss of four wickets in 18.5 overs. Having also taken a wicket while bowling, Sanchisa was named player-of-the-match. 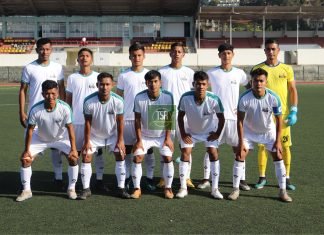 The Sports Room - January 6, 2022
0
Shillong, Jan 6: Meghalaya have been drawn with three ex-champions for the final round of the senior men's National Football Championship for the Santosh... 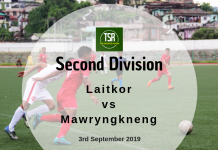 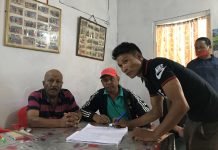 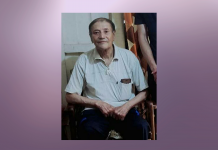