Both sides were winless before today, though Nangkiew had pulled off two draws from their first three games, while Mawkhar had one.

It was not the sharpest performance from either club in the first half but Nangkiew Irat still went ahead in the 37th minute thanks to apparent miscommunication between Mawkhar goalkeeper Thrimin Lymba and Nongsiej, who both went to clear a cross from Chanmitre Thma. As the two Mawkhar players collided, there was nothing to stop the ball creeping over the line.

Substitute Bris Taro then headed in a cross in the 89th minute to make it 2-0 in Nangkiew Irat’s favour.

Mawkhar actually started the game more strongly, with Arlangky Nongsiej having a free header in only the fifth minute but his attempt was too high.

The second half was far more entertaining but Nangkiew Irat suffered a blow early on after Damanbha Chyne slipped while running with the ball and had to come off. The team were still looking to put the game to rest but substitute Deligent Pdang missed a clear chance after Mawkhar gave the ball away in a dangerous position.

After that, it was all Mawkhar, though they failed to convert any of their opportunities. Justerwell Tham went narrowly wide in the 65th minute and a couple minutes later Banehskhem Khongsdam outwitted several defenders only to have his shot blocked. Tham went close again in the 72nd but hit the side of the net.

The best of them all saw Nongsiej smash a free-kick from just outside the box straight into the corner of the woodwork.

All these attacks left Mawkhar vulnerable at the back and an attack by Nangkiew Irat saw them get plenty of men forwards. From a move on the right, Banshan Nongdhar crossed and Taro, unmarked, headed the ball home for the second goal.

With the win, Nangkiew Irat move from sixth to provisional fourth place with 5 points, tied with Rangdajied United FC but behind on goal difference (+1 to 0). Mawkhar remain at the bottom with just 1 point from four games. 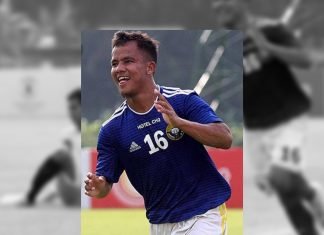 The Sports Room - October 25, 2019
0
Shillong, Oct 25: Real Kashmir FC’s fairytale run in the I-League last season was one of the defining story lines of the campaign and,... 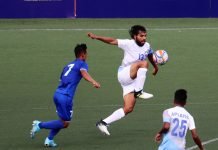 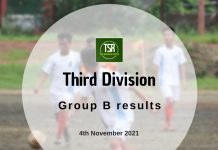 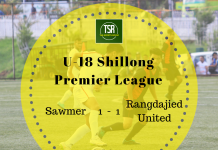 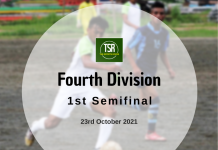