Shillong, Sep 29: A lone goal from Samuel Lalmuanpuia was enough to give Shillong Lajong a 1-0 victory over Rangdajied United and, with it, comes second place in the Shillong Premier League standings.

Lajong now have 19 points to Rangdajied’s 18, with SLFC having played one less match.

This is only Rangdajied’s second defeat of the season and both losses have come at the hands of Lajong. The first leg match saw SLFC come from two goals to one down to win 4-2.

Lajong have been steadily improving of late, but the same can’t be said of Rangdajied, who appear to have stagnated.

Last year’s runners-up hardly got a touch on the ball in the first half, with Lajong passing the ball around with consummate ease. RUFC didn’t have a single shot on target in the first half, while Lajong made use of their possession to record six, though none of these could get past the goalkeeper, Padam Chettri.

Phrangki Buam was blocked by Chettri in the 20th minute and in the 23rd Lalawmpuia Hnamte was inches away from making contact on a Mahesh Naorem Singh cross.

In the 35th minute Rangdajied were saved by a shot to the upright and five minutes later Aibankupar Dohling was denied twice for Lajong.

Rangdajied picked up their game in the second half, with Reson Malngiang looking dangerous on the left flank. In the 50th minute the No. 11 went just wide of the post with a right-footer, but soon after SLFC bagged the goal.

This came about after Lalrohlua and Novin Gurung had partnered well on the right flank. A faulty clearance from a Rangdajied player then gave the ball to Naorem and then to Samuel Kynshi, who was blocked by Chettri. A second attempt at a clearance only went as far as Lalmuanpuia, who scored with a scorcher of a shot from inside the box in the 51st minute.

Rangdajied tried their best to get back into the contest, but the team that struggled to beat Meghalaya Police on Tuesday had no answer to Lajong.

Their brightest prospect came in the 87th minute when their top scorer of the season, Raikutshisha Buam, found his free-kick palmed over the crossbar by the Lajong custodian Phurba Tempa Lachenpa.

On Monday struggling Malki will take on the police at 4PM. 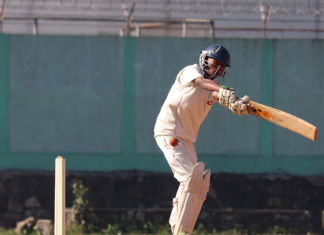 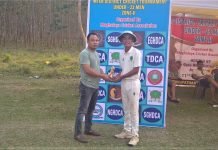 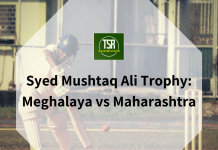 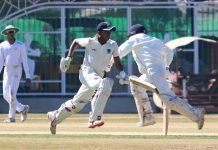 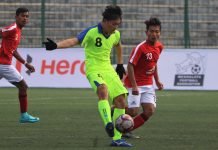