Shillong, Jan 26: Nisilia Majaw scored a hat-trick in Khatarshnong’s 4-0 victory over Mylliem in the girls’ final of the district-level U-19 Football Tournament under Khelo India for East Khasi Hills at the JN Stadium here today. P Nongkynrih scored the other goal for the winners.

In the boys’ final Mylliem were victorious after defeating Mawphlang 1-0. The winning goal was scored by Robertson Khongriah.

The winners of the various block-level tournaments competed at the district-level this month, with the finals held today, ie Republic Day. 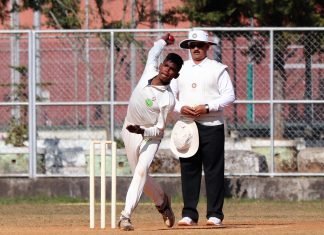 The Sports Room - November 12, 2018
0
Shillong, Nov 12: Meghalaya's bowlers spoiled what would have been a solid day for Puducherry by taking some late wickets on the first day of... 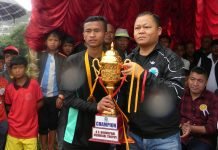 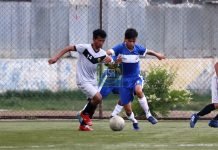