Bethany Society and North East Shower Blind Football Club (NESBFC) could not find a goal in normal time thanks to some great defending and goalkeeping and it was the Shillong side’s prolific scorer Gabriel Nongrum who was the only player to find the back of the net in the tiebreaker.

The semifinals were held in the morning, with Bethany Society coming through against FABB Kolkata 4-0. NESBFC, nominally designated from Arunachal Pradesh but with representation from around the North East, got to the title match in a 1-0 victory over Moran Blind School of Assam in the other semifinal.

It was a terrific final day of blind football and a fitting culmination to a heartwarming and exciting tournament and the IBFF plans to include several players who took part in the tournament in its Kochi academy.

With 15 goals in the tournament plus the winning penalty, Nongrum was awarded the Golden Boot. NESBFC captain Klingson Marak was named Player of the Tourament, while the Most Promising Player award went to Manzur Hussain of the Handicapped Association of Manipur. The Manipur team were participating for the first time and almost made it to the last-four stage. Meanwhile, Sujith PS, who lent his goalkeeping skills to three different teams, was named Best Goalkeeper.

Sujith, Nongrum and Marak are all India international players.

Pre- and post-match entertainment was provided by the band Light After Dark, which comprises blind and partially sighted musicians, including Hilter Khongphai, who was part of the Bethany team as well.

In her speech War Nongbri said, “I was very lucky to be involved in the Rio Paralympics in 2016. Only then did I get to see the strength, courage and determination of people with disabilities. They were stronger, faster, more intelligent and their performances were absolutely outstanding,” adding that the IBFF will have her “personal and official help and cooperation” in the future as well.

Kharkrang also offered the MFA’s cooperation in the future, saying that “The experience has been very encouraging and having this tournament for the blind is very unique and the MFA would like to reach out to the IBFF in any way that we can.”

Meanwhile, Muthu thanked the organisers for inviting him for the final.

“Every day gives us opportunities to explore and today is another one for me. This is a situation where we are inspired to lend a hand to each other and grow to a higher level. My appreciation goes to all involved,” the SP said.

Finally, Viswanath, who was inspired to lend her organisation’s help through her friend and noted actor Victor Banerjee (who was also present as he is associated with Moran Blind School), said, “In this world that is polluted with so much noise and nonsense we don’t see what is important. The blind are fearless and pure and they don’t see you as rich or beautiful but look at the heart of an individual. We need to bring back that humanity that is deep within us.” 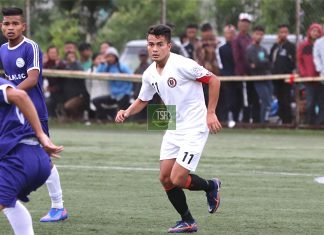 The Sports Room - July 21, 2022
0
Shillong, Jul 21: Hardy Cliff Nongbri has signed for FC Bengaluru United from Ryntih, TSR has learnt. Anyone present for the last couple of Shillong... 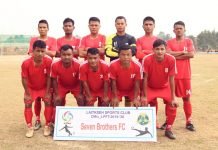 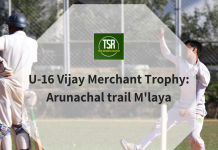 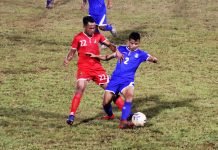 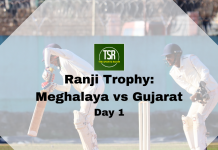