The squad, led by coach Khlain Pyrkhat Syiemlieh, combines experienced and youthful players selected by the senior cell committee for the right balance with an aim to give the state’s bright young talents an opportunity on the big stage.

Meghalaya are in Group B and have been clubbed with Railways, Nagaland and Manipur. Meghalaya will play their first match against Railways on 23rd September. They will then face Nagaland on 25th September and Manipur on 27th September.

“We wish you all the best. I know you all play for different clubs, but in the Santosh Trophy you have to put that to one side and work together for the team and for the state,” Meghalaya Football Association Treasurer Wanshan Kharkrang said.

“Take advantage of the opportunity. You need to grab it. All of you are fit and we have full confidence in you,” senior cell member L Darlong added during the send-off at Third Ground, Polo, this morning.

The MFA was given only a little more than two weeks to form a team before their first match. There were reports that it would not send a team given the lack of proper time to prepare, but an emergency meeting was held on 14th September where it was decided to go ahead.

Teams were meant to register players by 10th September, but the All India Football Federation relaxed that date for Meghalaya.

Last season the North East qualifiers were held in February, well after the end of the Meghalaya football season.

The MFA is understood to have written to the AIFF requesting the governing body to provide more time to prepare teams in the future.

Last season Meghalaya qualified for the final round in Punjab after topping their group in the North East zone. However, they were unable to progress from the final round’s group stage. 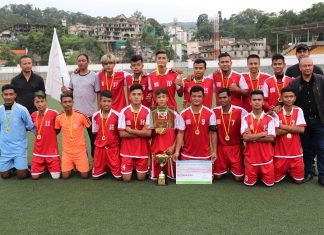 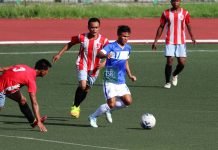 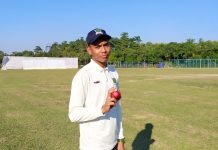 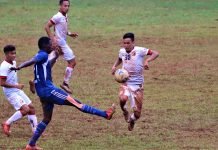