There were two rain interruptions today, which reduced the game to 35 overs a side. Nokrek won the toss and elected to bat, which is a first for the tournament where all three previous winners had decided to field.

The decision by captain Sylvester Mylliempdah proved to be the correct one as his team batted well to make 227/8 in 35 overs, going at just under 6.5 an over.

The skipper made a fine 64 himself, with five fours, and it was thanks to him and opening partner Krishna Thapa (29) that the Tigers made 75 for the first wicket in good time (13.1 overs).

Mylliempdah was eventually run out after a mix-up with Anish Charak but the latter put that behind him to pummel the Panthers’ bowling. He smashed 65 off just 37 deliveries and this exciting innings included three huge sixes and seven fours. This was his second half-century of the tournament, after having made 52 in the washed out match against Myntdu Lions on Monday.

For the Panthers, for whom this was their first outing, pace bowler Md Nafees Siddique claimed 3/39, including Charak’s wicket, Babloo Passah 2/20 and Himan Phukan 1/31.

It was Nokrek who faced disruptions to their innings but the sun came out for the Panthers, at least at the beginning of the chase.

They, too, started well, with captain Kishan Lyngdoh (27) and Tarique Siddique (51) making 57 for the first wicket. Batters from No. 3 to 6 also got starts, with Swarajeet Das the best among them with 26, but the tail did not wag for long as the Panthers had to go for big shots as the required run rate climbed upwards. The Tigers cleverly used spin aplenty, rushing through the middle overs and picking up wickets as well. Steve Syiemlieh (3/22) was among them and finished with the best figures overall.

Tarique batted well for his half-century but got out immediately after reaching his landmark, bowled by Ram Gurung (2/36), and his team were eventually all out for 177.

Mylliempdah, meanwhile, bagged 2/32, Thapa 1/33 and Charak 1/35. The latter also took two catches and effected a run out and was deservedly named player-of-the-match.

Symper Panthers will have to quickly rest and regroup as they will be involved against Myntdu Lions tomorrow from 9AM. 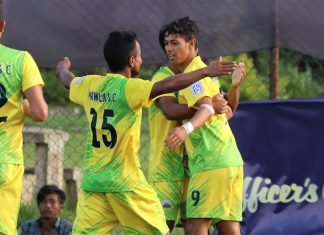 The Sports Room - September 12, 2022
0
Shillong, Sep 12: The remaining fixtures of the OC Blue Shillong Premier League 2021-22 have been revised slightly by the tournament organisers, the Shillong Sports... 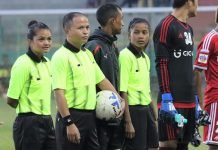 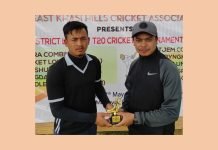 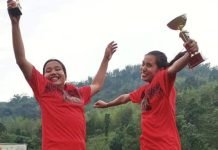 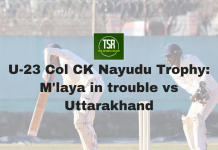