Tamil Nadu won the toss and chose to bat first in the Group B match, amassing a huge total of 213/2 in 20 overs, with 19-year-old Akash Kumar bagging both wickets (2/39). Tamil Nadu were led by India international spinner Ravichandran Ashwin.

Meghalaya were then restricted to 121/4 in their allotted 20 overs, with Gurinder Singh top-scoring with 38 not out.

Among the bowlers, Abhay Negi claimed the most wickets with eight, while Kumar took six, which was more than Gurinder’s five.

Meanwhile, in the U-23 Men’s One Day League, Meghalaya lost to Manipur by 83 runs in the plate group. Manipur made 215/8 in their 50 overs after winning the toss and opting to bat first in Bhubaneshwar, with Kartik Pawar (2/34), Abhishek (2/44) and Lokesh Turaha (2/48) taking two wickets each.

In the chase Meghalaya were all out for 132, with Surya Rai the top scorer after crafting 42 runs.

Meghalaya will play their last match against Puducherry on Monday. 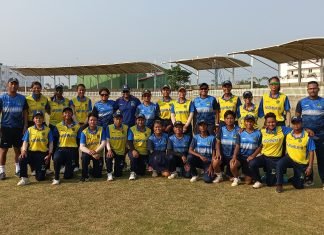 The Sports Room - April 19, 2022
0
Shillong, Apr 19: A good bowling performance was not enough for Meghalaya to avoid defeat by 49 runs to Rajasthan in their Senior Women's... 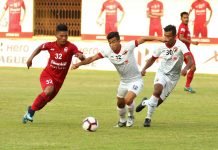 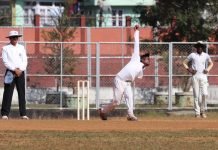