Shillong, Nov 13: Meghalaya lost to Delhi by 8 wickets in their Vijay Hazare Trophy match against Delhi in Kolkata today.

After being put into bat by Delhi, Meghalaya made 216/7 in their allotted 50 overs, which their opponents chased in 32.2 overs.

Veteran Meghalaya cricketer Wanlambok Nongkhlaw (pictured left) struck a spirited and patient half-century of 59, which included four fours from 115 balls, as he made 99 for the third wicket with guest professional Punit Bisht (right), who made a rapid 75 from 80 balls (5x4s, 4x6s).

The opening stand was of 66 runs between Nongkhlaw and Surya Rai (30).

Although Meghalaya had a good base, a few too many wickets at the end meant that the team were a little short of runs and finished on 216/7.

“Elated at the patient, well made half century by Wanlambok,” Meghalaya Cricket Association President Naba Bhattacharjee said. “It was long overdue with his talent and composure. This knock will do a world of good for him,” he added, while saying that Bisht “as usual rises to the challenge”.

One of Delhi’s opening batters was none other than India international Shikhar Dhawan, who blasted 54 from 42 deliveries before being dismissed by Meghalaya guest professional Chirag Khurana (1/12).

Unfortunately for Meghalaya, there was no way for them to get the better of Delhi’s other formidable batters, who chased down the target in 32.2 overs.

With the match almost won, Nongkhlaw was given the ball and, to cap off a wonderful day for him personally, he bagged the wicket of Himmat Singh for 85 to finish with figures of 1/13.

Dhawan had a short interaction with the Meghalaya players and said that he was taken by surprise at the approach of the boys as they had posted a good total and were batting very well. Other players and officials also lauded the efforts of the local boys.

Meghalaya will next take on neighbours Assam on Tuesday. 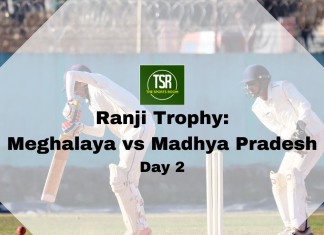 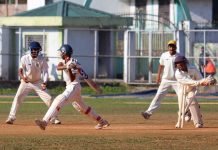 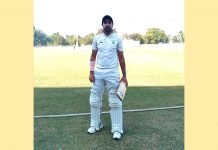 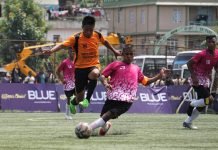 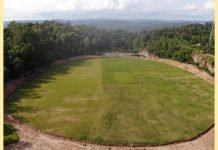